Killa is a Boss in Escape from Tarkov.

Killa can be found on the map Interchange. He spawns in the IDEA, OLI, GOSHAN stores as well as the center area around KIBA on the first and second floor. He can also be encountered in the parking area below IDEA and OLI. If he has spotted PMCs he will begin to chase them for a long time so he can be encountered almost everywhere, especially later during the raid. When passively roaming, Killa can often run and roam over large distances, so it is not unusual to see him in a secluded or unusual spot. 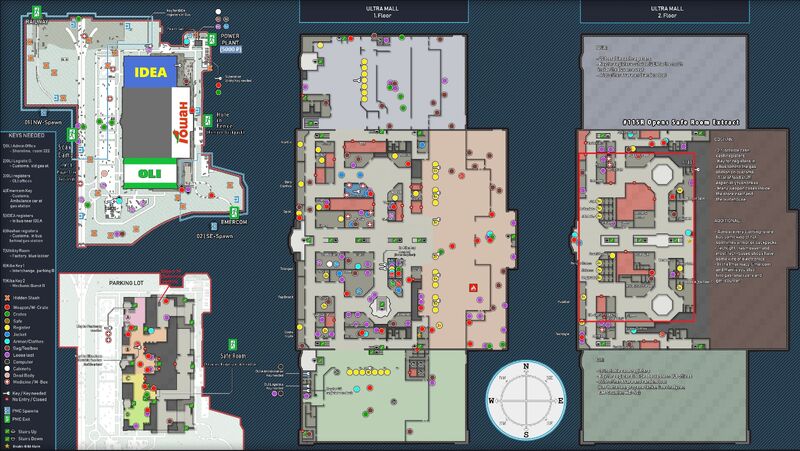 Killa uses a light machine gun or other automatic weapon to suppress the enemy, while lurking from cover to cover, getting closer to his target for the final push. During the assault he moves in a zig-zag pattern, uses smoke and fragmentation grenades, and relentlessly suppresses enemies with automatic fire. He will follow his target large distances out of his patrol route, so be sure to run very far to get away from him if he has locked onto you.

It is recommended to avoid being spotted by Killa. He has multiple grenades and is generally accurate with his bursts. If you are close to him he will continuously push the player and relentlessly hunt them until he ambushes and assaults them. It is best to attack him with high-penetration ammunition such as 5.45 BS, 5.56 M995, or 7.62x51. Without proper ammunition to kill him, shredding his 6B13 M to low durability or firing solely at his legs are both appropriate, albeit more risky, strategies. Grenades generally won't work to kill him, as he is a highly mobile fighter and will rarely be pinned down long enough for a grenade to stop him. If fighting him with a teammate, attacking him from two different directions and peeking cover is a sound strategy, as he will continue to suppress one of his opponents while the other can safely return fire.

It is extremely important to utilize cover and stay mobile when fighting him, and to always be mindful of one's ammo count—if he's armed with his RPK-16, he will likely outgun the player with his 95-round drum mag and supplementary AK-74 5.45x39 6L31 60-round magazine.

Bosses can hold any key or keycard in their pockets.