Rogues are a faction of ex-USEC operatives in Escape from Tarkov.

Rogues have different health values than PMCs and other Scavs.

Rogues are only found on the map Lighthouse, guarding a water treatment plant that they have converted into a base of operations since leaving the private military company USEC. They can also occasionally be found at the peninsula where the lighthouse is located. 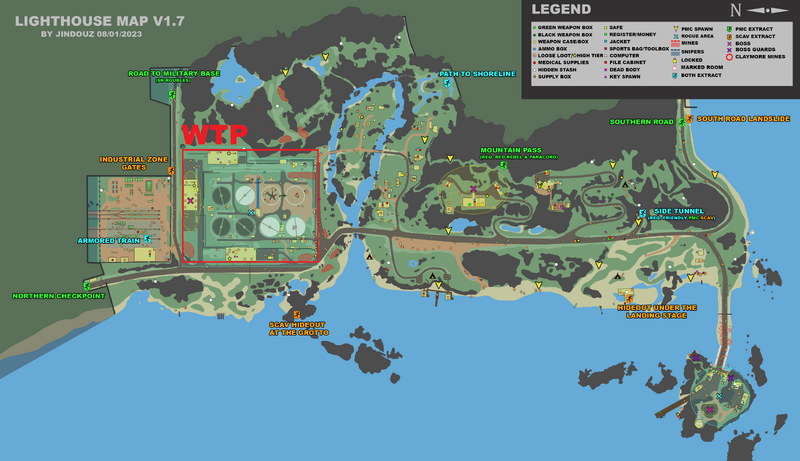 Rogues defend the water treatment plant by patrolling the area and manning emplaced weapons. They will open fire on players who come near the plant, but are more lenient towards USEC PMCs and Scavs. To USEC, Rogues will only engage once they have entered the plant, unless they are in a group with a BEAR PMC.

Rogues often patrol in groups of two to five, and will make use of highly accurate suppressive fire while pushing players. They are extremely dangerous both in close-quarters and medium-range combat, capable of firing in full-auto with laser-like accuracy. They may also use flash grenades or fragmentation grenades against their enemies. Rogues manning either the NSV machine guns or AGS-30 grenade machine guns will typically spot players within 200 to 250 meters, but have been observed to shoot even up to 500 meters accurately. If they are wounded while on a mounted weapon they will abandon the position to fall back and heal before returning to the mounted weapon. If a Rogue manning a mounted weapon is killed, he may be replaced by another Rogue if there is another on the rooftop.

If a USEC player engages the Rogues, they will be considered hostile for their next few raids.

Rogues will not designate player Scavs as hostile on sight, only when they are shot at or otherwise provoked by standing too close. Also, if you climb a tower or a machine gun, you become an enemy for them.

If this happens, they will be considered hostile until the end of the raid. Rogues are subject to shoot on sight any players nearby if they were shot recently including Scavs and PMCs alike no matter your Scav karma.

Rogues are similar to Raiders in terms of equipment. Because of this, high-tier ammo is advised, although Rogues do not wear faceshields, so one can try to aim for the face with lower-tier ammo. Rogues hold corners if a hostile PMC is spotted, so be aware to not peek twice.

One way of dispatching Rogues on the mounted machine guns and grenade launchers in the towers is sniping. One key vantage point are the rocks on the beach where you can often snipe the rogues on the southeast entrance of the compound. There are many other sniping locations around the water treatment plant that work for clearing rogues in this manner. Look for rocks overlooking the base to the east and south of the treatment plant.

Beware when approaching the camp, Rogues are accurate and use high tier weapons and ammo that can kill on the first shot. Rogues often travel in groups of 3-4 and suppress and advance on players they spot. A group of PMCs can have one person distract the Rogues while others flank around them. Solo players will often have to reposition similar to regular PVP fights or other raider engagements to outsmart the AI. There are static rogue spawns on the buildings around the plant and on the machine guns, but there is commonly a roaming group of rogues that patrol the interior of the water treatment plant.

For USEC PMCs (or passive scavs) who have not yet been flagged as hostile by rogues: With a RGN or RGO impact grenade, they may be able to get close enough and take out a whole group with one grenade before the rogues open fire. Rogues will fire upon BEAR PMCs with no warning, making this harder to pull off.

Note that the primary weapons and helmets can have numerous mod variations and those shown below are examples.

Rogues can be named: