Tagilla is a Scav Boss in Escape from Tarkov.

Tagilla can be found on the map Factory mainly nearby the pit and underground sections of Factory.

He is batshit insane and will attempt to hammer you down. However, if you are in a position that he cannot path-find to, such as the rafters, he will use his secondary weapon (usually a shotgun) to kill you from a distance. He's active immediately at the start of raid. The boss can set ambushes, open suppressive fire, and breach if needed.

If you are using high penetrating ammunition, aim for his head, not his thorax. If you have low pen or high flesh damage, aim for his stomach since his armor only covers the thorax. The best plan of action is to bait out his swing so he's standing still, then shoot him. If you shoot while he's running at you, he'll just charge through it and absolutely murder you, so wait until he swings to shoot.

Tagillas welding masks does not protect his nape, therefore you can try to shoot him there. This strategy requires sneaking up behind him without you being detected, or a teammate that flanks him while he is fighting or chasing you.

Note that the primary weapons can have numerous mod variations and those shown below are examples.
Tagilla's Dead Blow Hammer is unlootable. 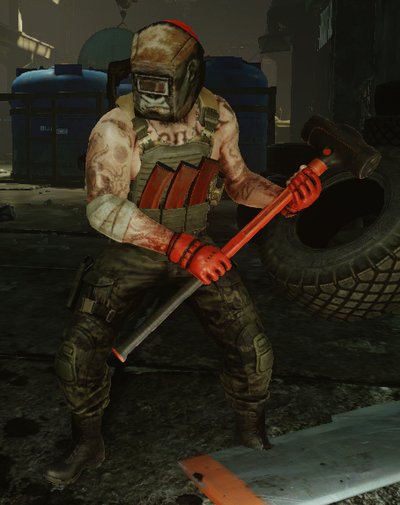 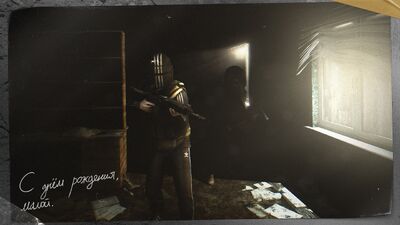